The State of Private Money: Where Has the Money Gone? 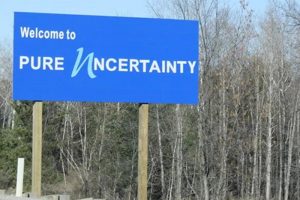 “You’re still lending?!” the broker calling me yelled in disbelief.

For now, I thought.

“I have a client, makes over two hundred-thousand dollars a year! Can’t get a loan ANYWHERE in Michigan!” That’s how the call began, last Friday. It wasn’t surprising.

Non-conventional financing has virtually disappeared from all sources in the last six weeks since the nCOVID-19 pandemic surged in the U.S. and people began dying here. There are three main, connected reasons for this sudden shift: asset values, unemployment, and the likelihood of inflation.

Regardless of your investment vehicle (gold, stocks, beanie babies, etc…), rational investors’ goals are minimizing risk while maximizing returns. And, typically, the greater the risk, the greater the potential return. That’s why U.S. Treasury Bills are treated as a baseline investment—a low return for low risk. Who thinks the United States will default on its debt, especially in the near term?

Conventional borrowers buying a home for their family will take care of it, go to work to pay for it, and enjoy it. It’s a safe bet. Additionally, their income, assets, and debts are considered, further lowering the risk of default. Investors borrowing hard money usually don’t have to disclose how much they make, owe, or their net worth. That is much riskier. And, when flipping, each extra day they hold the property decreases their margin and increases the odds of defaulting. And because the loans carry extra risk, the cost of borrowing is higher.

That doesn’t affect asset values, though. What does affect asset values is a paralyzed economy and skyrocketing, at-a-never-before-seen rate, jobless claims. It’s a safe bet that asset values will fall. So an appraisal, even a current one, is basically useless if we’re discussing a one-year bridge loan. The only questions are how far and how quickly will values fall? And if these questions can’t be answered, it is impossible to determine an actual Loan-to-Value ratio or appropriate interest rate.

Jobless claims are the next problem facing lenders. According to the U.S. Department of Labor, “the advance figure for seasonally adjusted initial [jobless] claims was 4,427,000” for the week ending April 18, 2020. This is roughly 20 times higher than the initial jobless claims filed the week of March 14. And since then, CNN states, “American workers filed 26.5 million initial claims… according to the seasonally adjusted numbers… Indicating roughly 16.2% of the U.S. labor force is suffering from layoffs, furloughs or reduced hours during the… pandemic.”

“For comparison, in the period before the coronavirus hit, just over a million workers would apply for [unemployment insurance] in a typical five-week span, and in the worst five-week stretch of the Great Recession, it was less than four million. In the last five weeks, it was more than 24 million,” said Heidi Shierholz of the Economic Policy Institute.

This is obviously not the recession most people expected, based on softening manufacturing numbers in late February. It is the one we got though. And the question for lenders is ‘how can you lend safely when one in seven people are suddenly unemployed?’ Will rents be paid? Will mortgages be paid? Then asset values start falling because people on unemployment insurance can’t afford their house payments and the market gets flooded with short sales and foreclosures. This is an even bigger issue in Michigan, now leading the nation in unemployment insurance rates (17.4%), according to the U.S. Department of Labor.

And what if the crisis worsens?

Finally, inflation will likely spike. It has not been a serious issue since the mid-1980s and currently we’re in a deflationary dip because people have stopped spending their cash. Partially because of uncertainty, also because it’s tough to spend, internet be damned, when you can’t go out.

Private banks have also stopped spending. Blame uncertainty completely. These banks use their money, which is raised by managing pensions, retirement accounts, even micro-investors pooled together, to buy thousands of loans and mortgages per day.

That is, they were buying thousands per day. Then the U.S. government announced the two-point-two trillion-dollar stimulus package, which is equal to over 45% of the government’s annual budget, according to The White House. And more than 200% of our current projected annual deficit!

If the government added $2.2T to the money supply but additional goods or services have not been created, inflation is. And the risk of inflation to banks or lenders is that a loan written at February 2020’s rates may only keep pace with future inflation. Or worse yet, actually lose value, because money is losing value so quickly.

Should lenders charge seven percent to protect themselves? Or ten percent? Or twenty percent? No. Private lenders just stopped lending.

That broker on the phone was shocked and delighted that Green Block is still lending. But we have raised rates and tightened our terms considerably. We’ve also suspended our 30-year loan, as there is no way to predict these three factors’ impact (asset value changes, unemployment, and inflation) on the economy over the next month, let alone over 30 years.

As investors, we must remember that we’re only six weeks into this. Like most people, money is also sheltering-in-place. It has to regroup, figure out how to mitigate risk, and then it will reappear gradually.